Cosmic horror outside of the pages of Lovecraft: Myth and reality

This has been on my mind for a very long time. Are there such things similar to the creatures from the Cthulhu mythos in our very own myths and religions? What is the closest thing to an elder god that real people have actually worshiped?

Now, finding such creatures and deities really wasn’t as easy as I thought. Because people don’t willingly think of creatures that are so disturbing and scary that the mere sight of them would drive them insane. It contradicts pretty much everything that religion represents. A creature such as that would take away hope and the concept itself that we matter. Religion arguably exists to suade us from an existential crisis and Lovecraftian/cosmic horror does the opposite. There is no good and evil and there are no stopping cosmic horror entities. Still, even if I did not find something that perfectly encompasses the essence of cosmic horror there were some really fascinating finds that I came across. 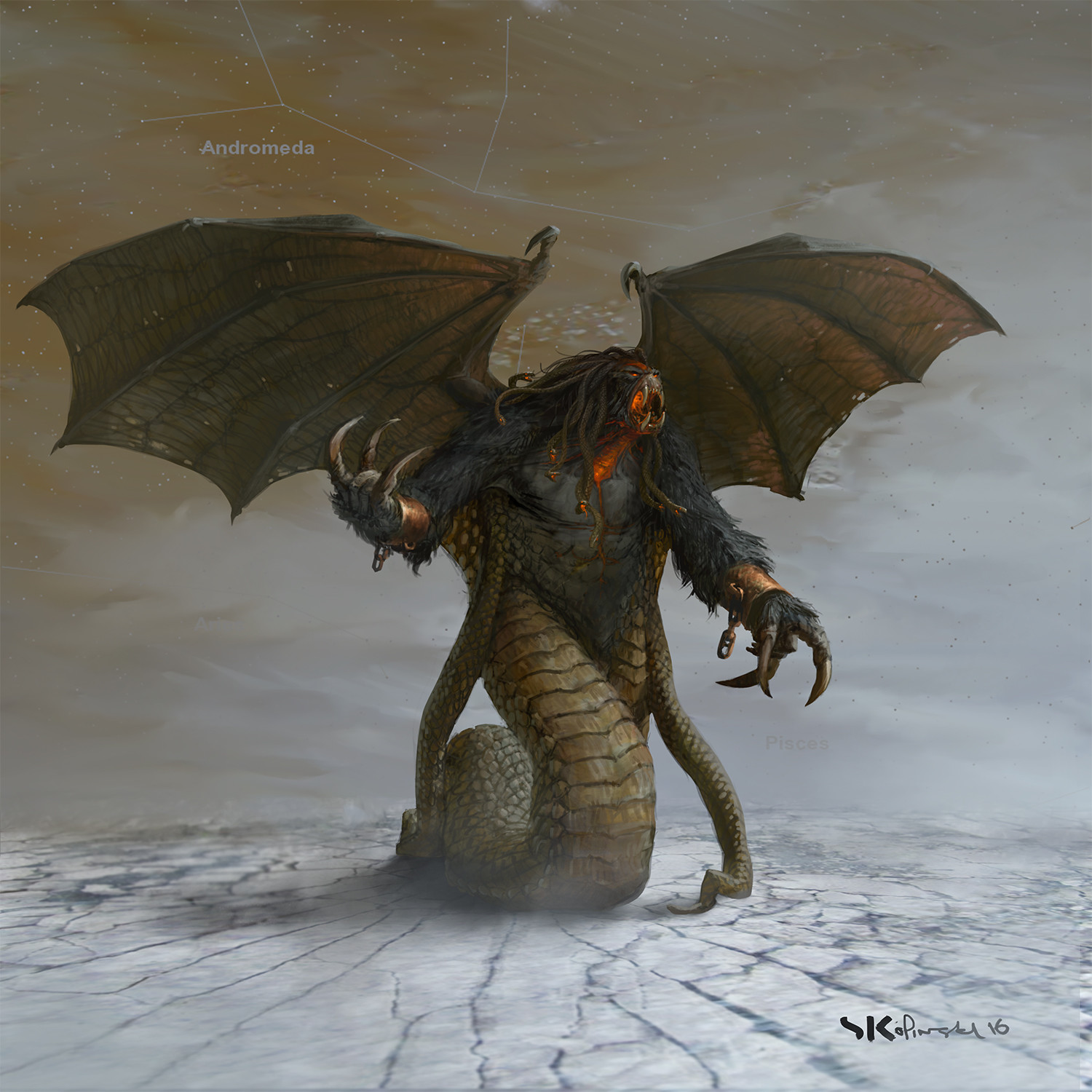 I’m gonna start with my favorite one. Known as the father of monsters the giant Typhon was one of if not the most dangerous creatures in Greek mythology. There are several descriptions of his appearance all with some differences and similarities but most agree on some key features. He was so big that it was said that his head brushed the stars. His body was comprised of two parts – a half-human half-snake legged body covered with hundreds of poisonous snakes and fire-spitting eyes. It was said that the gods were so scared of him that they all turned into animals and ran away. All but Zeus who stayed to battle him in one of the biggest and most destructive fights ever. 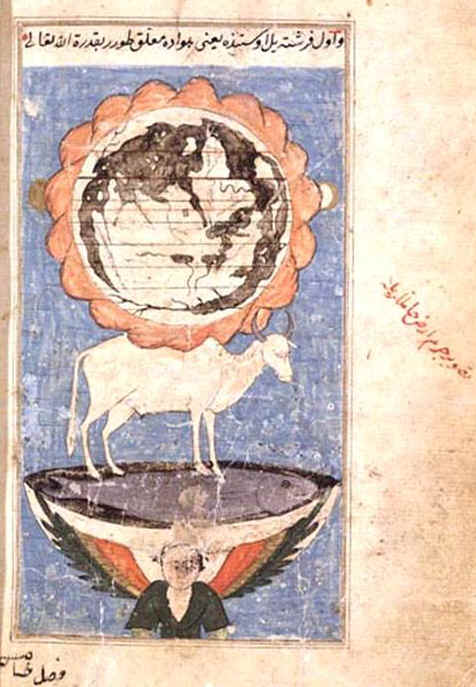 The Bahamut is a gigantic fish that comes from Islamic cosmology presented as a being that supports the earth (as we can see on the image he is supporting the ox that is supporting the earth). No human eye could ever see Bahamut but without him, we would all be plunged into darkness. His size is so unimaginable that according to some Arabic texts fitting all of the seas in his nostrils would be like planting a mustard seed in the desert.

Also known as the Midgard serpent, Jörmungandr was a gigantic venomous serpent said to be so big that he could circle all of Midgard with his tail in his mouth. He was so powerful that he could swallow gods and giants in one bite. He is the creature that starts off Ragnarok with the release of his tail. 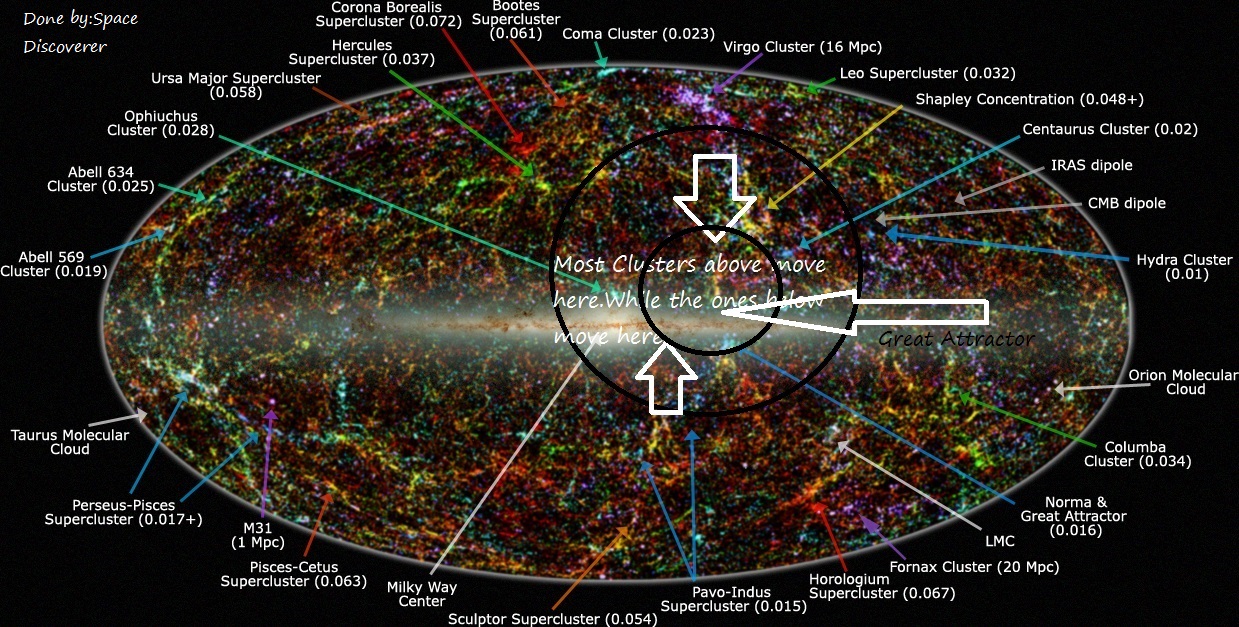 Now, lets step away from the myths and legends into reality. The great attractor is a gravitational anomaly that is pulling us and hundreds of thousands of other galaxies towards it. An enormous void that can not be observed directly and has the biggest concentration of mass that is estimated to be around one thousand trillion suns. While examining it there have been notable advances in the science around it but we are still nowhere close to knowing everything that is happening in and around it. 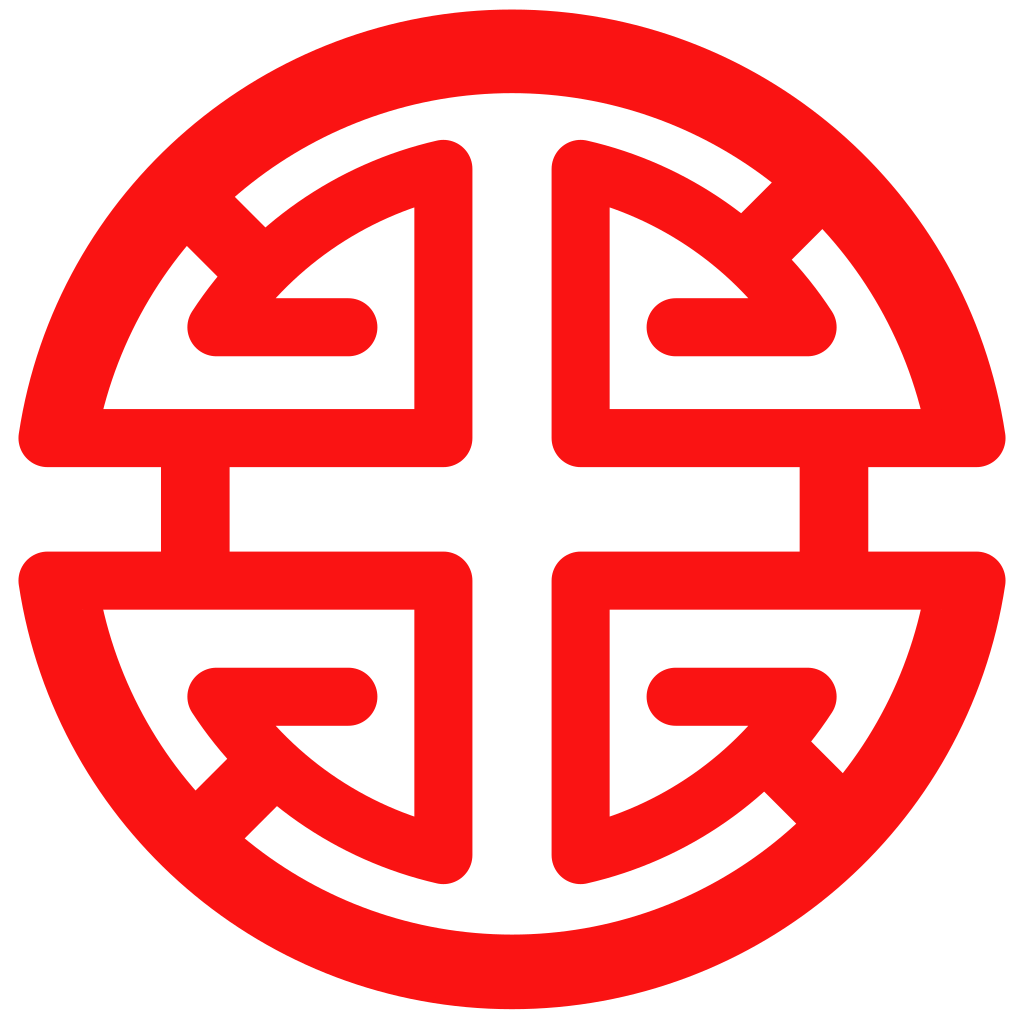 There are not a lot of images on Hundun that I could find and it makes sense as to why. Hundun was the legendary primordial faceless being that represented chaos. The Shanjang collection of early myths describes him like : “It has eyes but can’t see, walks without moving; and has two ears but can’t hear. It has the knowledge of a man yet its belly is without the five internal organs and, although having a rectum, it doesn’t evacuate food. It punches virtuous men and stays with the non-virtuous. It is called. Hun-tun.”

So as I said before although they are not exactly cosmic horror that we would see inside of the Cthulhu mythos they are not that far off. But still they are fascinating creatures that I really enjoyed reading about. It shines a light on multiple mythologies and gives an insight into how different yet how similar the belief systems of different cultures can be. As you can see serpents and fish can often be found in any mythology and they are usually gigantic in size and represent something evil or bad. That’s why I purposely only gave the basic description on them because each one has many stories to tell that can be a fun rabbit hole to look into. Stuff like the battles between Zeus and Typhon, the hate that Thor has for Jörmungandr, other spacial anomalies surrounding the great attractor and more.

I found even more creatures that I want to talk about in the future so let me know if it’s something that you’d like to see more of and if you know any other deities/events that would fit the theme as well.