It’s been ages since I last talked about this channel, and I never expected to speak about it again.

I was hesitant about writing about that channel but at the end of the day, I found it really fascinating and decided to write about it. Little did I know that it would end up being my most viewed post.

Seeing a youtuber who I love, someordinarygamers make a video on the channel on it a week or so ago made me happy. A lot more people would know about it and we would possibly find out a lot more about the channel.

Unfortunately, a few days after he uploaded the video, the Deeper channel uploaded as well:

The title of the video, once decoded leads to a link which shows this image: 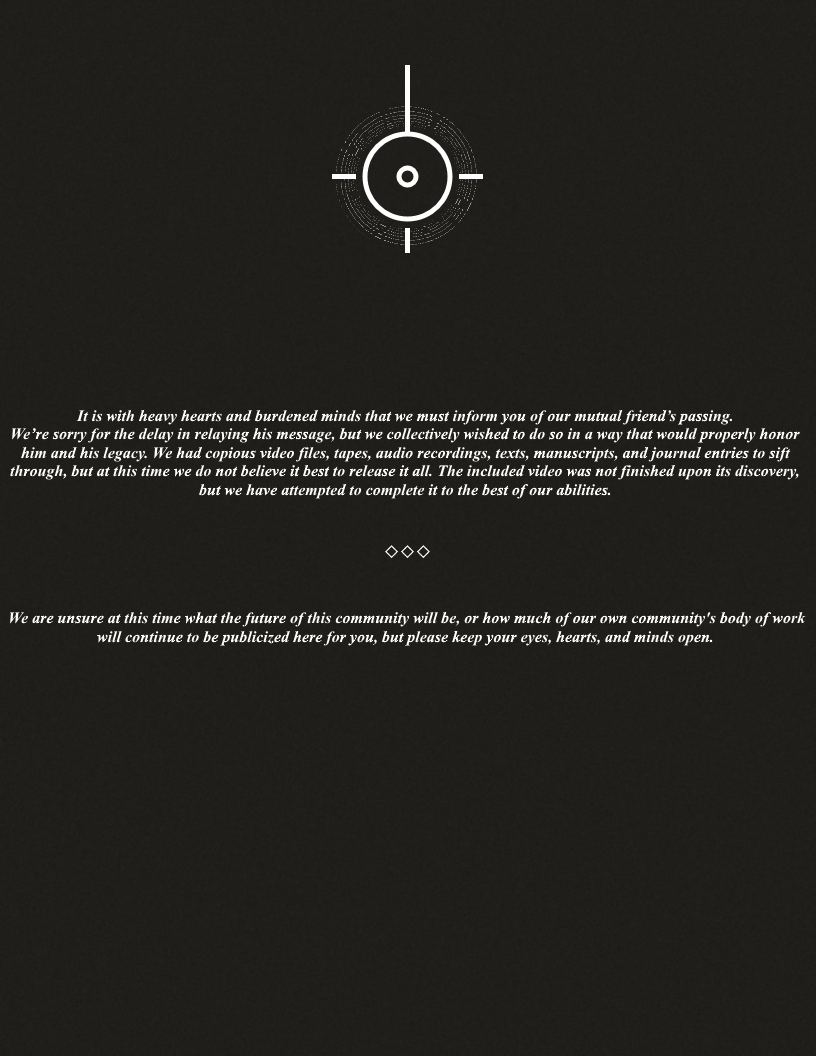 It would seem that sadly, the original creator of the channel has passed away. And this arguably proves that it was at the end of the day, an ARG, an ARG which would have been going on for a long time, as the text says but unfortunately, the creator has passed.

Now of course if this is true, condolences for the friends and family, but something in the back of my head tells me that it might just be a part of the game. The timing just seems too perfect. A big youtuber shines a light on this channel and now this? Only time will tell I guess.

It also seems as if there is another channel that might be run by the same people who ran Deeper:

Whatever it might be, it truly was a creepy and interesting channel and it definitely had an impact.