The end is here. A marvelous ending to a marvelous series.

Such a short series but so much substance. Zack has finally gotten his hands on the omega key and is ready to unleash the horrors of the other world into ours. And what a horrible world it is. In his own words, it’s a horrific place where the mothers feast on their children. His own mother ate half of his siblings and after that got eaten by his father. He gathers the remaining keys and joins his sister along with her friends that started a party in the caves where all hell breaks loose and… Well, I strongly suggest reading the entire thing instead of me spoiling it.

The build-up was long and complex and the battle was bloody and fierce but in the end, the Locke family made it out on top. Of course not without the help of our friendly neighborhood hero, the one and only Rufus. 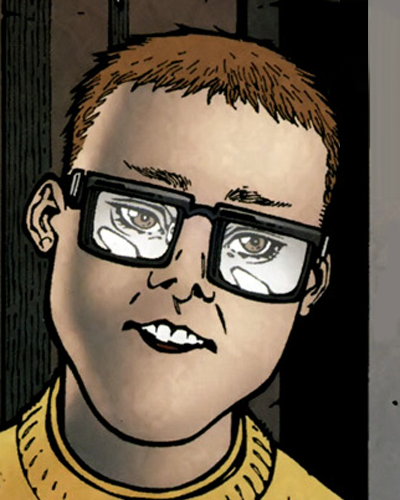 Who would have thought that a small boy with down syndrome would be Zack’s undoing? In the author’s own words:

“I was trying to suggest that there is something fundamentally mysterious about the thought process of the autistic and people who have Down’s Syndrome,” Hill said. “I wanted to suggest that something that is generally looked at as a disability could make him unusually powerful and dangerous to Dodge, and Dodge may not see that. He can’t fool Rufus, and Rufus’ mind is a kind of closed space.”

The world that Joe Hill and Gabriel Rodriguez made is truly whimsical. A rich world where no stone was left unturned and every character no matter how minor had their own role. I really loved the little nod added to his father ala Carrie too. And you can tell that they really loved the characters. The ending was so heartfelt and emotional and the characters all got their closure, especially Tyler. He finally got to put things behind him and overcome his mental obstacles to mature to a great man who was able to do something only a few people can. Forgive. I think that was the most powerful scene out of the entire series and that I think that this is where the series shines the most. It brings out the best and worst sides of humans to a great light.

Although the series did not blow me away as much as it did when I finished it for the first time a few years ago, it was still a fantastic read and one of my favorite graphic novels ever (It’s a long way from beating Transmetropolitan). I did have some issues, for example, some parts seemed like they could be longer and some shorter but it was nothing major. It will make you laugh, cry, scare you and much more so it is definitely worth a read and I highly recommend it.

Final verdict for both the volumes and the series: 9/10