Have you ever wanted to see a complete mental breakdown of a man? Well “Hideout” may be the perfect thing for you!

I almost did not think of picking this up but something about the art style instantly drew me in. The writer and artist for this manga is Kakizaki Masasumi. I was not familiar with his work before but I am going to dig deeper into it very soon. He is also a big horror and King fan and actually understands the genre. 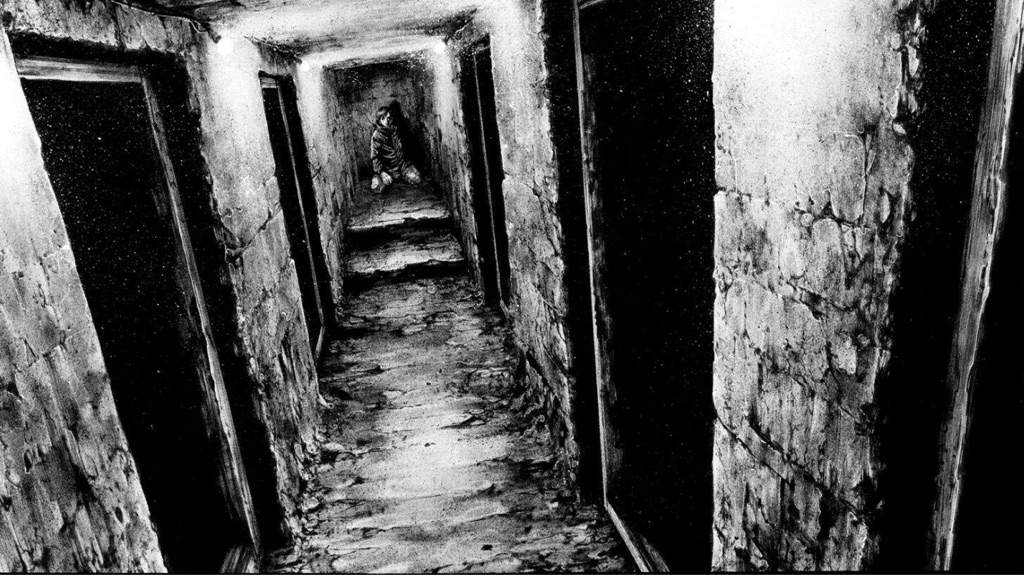 As for the plot, even though it seems simple and a bit cliche it is extremely well done. We see a young couple – Seichi Kirishima and his wife Miki Kirishima that go on a vacation in order to get some peace of mind after the death of their child. However Seichi has different plans in mind. He wants to start over with his life and in order to do that he wants to kill his wife. They drive out to the middle of nowhere and run out of gas in the rain so Seichi decides to do the deed right there and then. In fear of her life, his wife runs away and finds herself in a cave. Seichi manages to find her, however he soon finds out that they are not alone.

What I really liked about this manga is how well the author manages to describe the main character’s mental state. He is a former writer and we get to see a lot of his past before the death of his child where he struggles to keep his life intact. Even though his current situation is very desperate and hopeless (I will not go into spoilers) to me it felt like the situation that he had at home was much worse than his current situation. Nothing was going right for him, and on top of that his wife was pretty horrible and I really ended up hating his wife (not enough for me to want her to die of course but still). You could see that he was a regular old guy just trying his best but the universe was just against him.

It could also be said that the ending felt a bit cliche but for me it was just so perfect that I have no complains about it. I really loved everything about the manga and I highly recommend it. It’s also very short and you can read it in one sitting.