It’s about time that I actually reviewed this. As I’ve said before Hellraiser is one of the movies that made me fall in love with the genre when I was a child and this book was all that I expected and much more. I’ve been away a few days unfortunately since I had some issues with my lap top but I will be back to posting normally from now on

Much like in the movie we are introduced to Frank, a man that is after the greatest desires out there. He has experienced everything that the world has to offer so he started to seek what is outside of it. After researching he comes across a box called “Lemarchand Configuration” and ventures forth to Germany in order to obtain it. 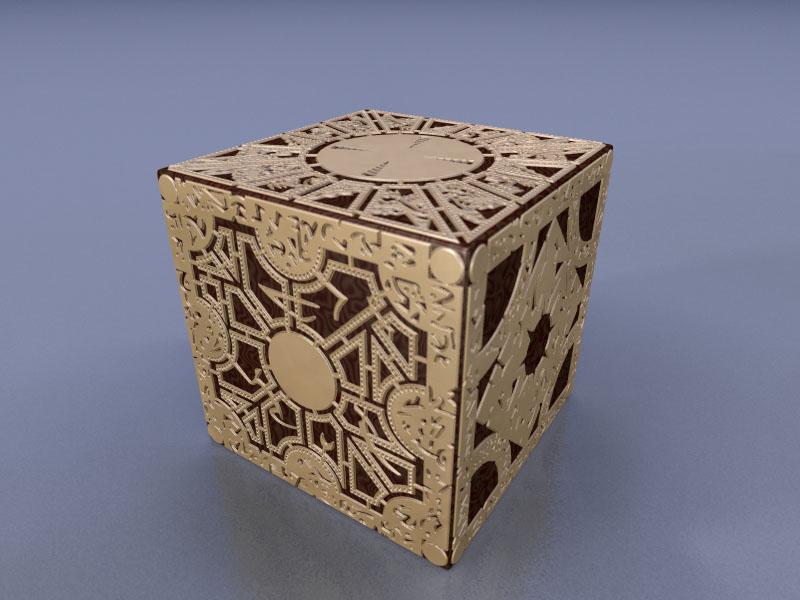 After purchasing it he returns to England and tries to open it. He sets everything up and begins the ritual. However, once he summons the infamous cenobites he finds out that they are actually horrific looking creatures all covered in scars and injuries. And this is where one of the most notable differences between the book and the movie appears. Pinhead has a female figure, unlike the famous face we know and love from the movie, even though their bodies have been augmented so much that they are pretty much sexless. They give Frank an offer he can not refuse, he will get to experience pleasures yet unknown to the mortal mind even though he gets multiple warnings. After the deal is set the cenobites subject him to unimaginable experiences overloading all of his senses. Unfortunately, what Frank did not know was that to the cenobites the line between pleasure and pain was nonexistent and he gets drawn into their dimension where he is subjected to gruesome torture.

Fast forward a bit and we see Frank’s brother Rory (the book version of Larry) and his wife Julia who is still obsessed with Frank, as they move into their new house. While working in the house Rory cuts himself and the blood mixes with the semen from Frank which opens up a dimensional rift that lets him escape. Unfortunately he is a fraction of his full self and needs blood to regenerate, that’s where Julia arrives. Rory’s friend Kirsty (not his daughter like in the movie) becomes suspicious and decides to do some investigating which leads to a very intense and gory finale.

I was expecting this book to be better than the movie but I did not know there would be such a huge difference. While I still love the film I did not enjoy it as much when I saw it when I was younger. The book however, was a completely different experience. Even though it’s pretty much the same plot and it was directed and written by Clive Barker his world was much better experienced in book format. As I said before I rarely like gore in movies but in books it’s much better. Clive has an amazing way with words and his explanations will leave you feeling all kinds of emotions. It’s very dark, disturbing and twisted in all the right ways. It’s unique, original and a true page turner. It is one of the most famous horror worlds with good reason. The horrific creatures that Barker created will live on in horror history for a very long time. There is just something that fascinates us when we learn of the cenobites and their world, maybe it’s their way of affecting us trough his work itself. We want to know more about the world and discover all it’s secrets. Maybe that’s why we find them so scary. They have broken the fourth wall and worked their magic on us, the readers, the book being our own lament configuration.