I was getting bored just talking about movies that I know and love so I decided to open a random movie suggestion generator site using only “horror” as a filter and watching the first thing that pops up.

Oh boy was this an interesting watch. “Pin” is a transparent medical teaching dummy belonging to a doctor called Terrence O’Quinn. Pin “helps” his children (a son called Leon and a daughter called Ursula) cope with some delicate facts as well as being a sort of friend of theirs. 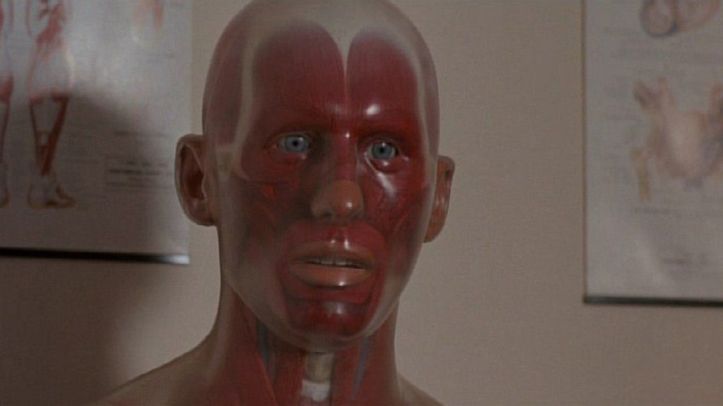 The brother has grown especially close to it and he gets an unhealthy obsession with it. Part of the reason being their parents and the lack of love and affection that they provide their children. We fast forward to the future and see the kids in their teenage years and Leon is still obsessed with it while Ursula gets very disturbed by it.

This was one of the most morbid and unsettling films that I’ve seen in a very long time. It wasn’t the best movie but it really kept me entertained. It wasn’t even the strangest but something about it really unnerved me throughout the entire movie, a big part of that was David Hewlett and his portrayal of the disturbing Leon.

It’s a really interesting and unique premise and I was very surprised that this film flew under the radar. Sure it has a few flaws and some parts of it were questionable it was still a decent watch. An amazing psychological exploration of two greatly disturbed characters and their attempt at a normal life while slowly psychologically destroying themselves. It’s very odd and and different but all of that plays in it’s favor as it slowly but steadily gets under your skin. I hope that the rest of the movies I get suggested are at the very least as decent as this but I doubt it.